Fill in your profile so we can recommend classes for you.

Tell us more about you!

Oops! You need to be logged in to use this form.
Skip

You can buy a monthly subscription and have access to all courses available for 30 days for $25. 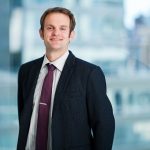 Philip M Gonski, P.E has been active in both the volunteer and professional community in the Philadelphia Area. A graduate of the University of Illinois – Urbana, Philip started his career at Sargent & Lundy, LLC, designing power plants around the world. After rising to the rank of Senior Engineer, Philip served as a lead engineer in the design of the country’s largest biodiesel power plant on the island of Oahu, and later in the design of one of the largest combined cycle power plants in the world (3200MW) in Saudi Arabia. While working at S&L, Philip took courses in Energy and Power Engineering in the evenings and earned a Master’s Degree from University of Illinois-Chicago.

In 2015, Philip began working at Burns Engineering in downtown Philadelphia as a project manager for industrial and energy clients. Projects have ranged from electrical upgrades at railroad and transit facilities, combined heat and generation, solar and battery energy storage, as well as being a leading technical expert in the field of microgrids. Philip was also the project and program manager for a electrical capacity upgrade project for one of the highest rated defense projects in the country, in which he successfully managed the completion on time and on budget. In addition to the design and technical aspects, Philip performs economic analysis to clients that are exploring renewable energy sources.

Philip is very active in the professional engineering community. Previously, he was the Since being IEEE Philadelphia Chairman, the largest professional non-profit in the Philadelphia area. Currently, Philip is the IEEE Region Treasurer, responsible for the financial management of the organization throughout the East Coast. His volunteer efforts have ranged from volunteering at local science fairs and serving on local scholarship boards as well as writing the technical content for the IEEE website to foster youth interest in engineering.

In addition to his participation in professional organizations, Philip has authored multiple technical articles, including ‘Diagnosing Motor Bearing Currents’, published in the EC&M Magazine in August 2012, as well as “Arc Flash Hazards in the Water Industry”, published in Waterworld Magazine. His article “Rethinking the New York Prize” was published in IEEE Smart Grid, reflecting upon the lessons learned from New York’s drive for more renewable integration. Philip has presented numerous topics at technical conferences, including at International District Energy on “Using Renewables as Non Wires Alternatives” as well as Microgrid Economic Analysis.

We use cookies to ensure that we give you the best experience on our website. If you continue to use this site we will assume that you are happy with it.Ok